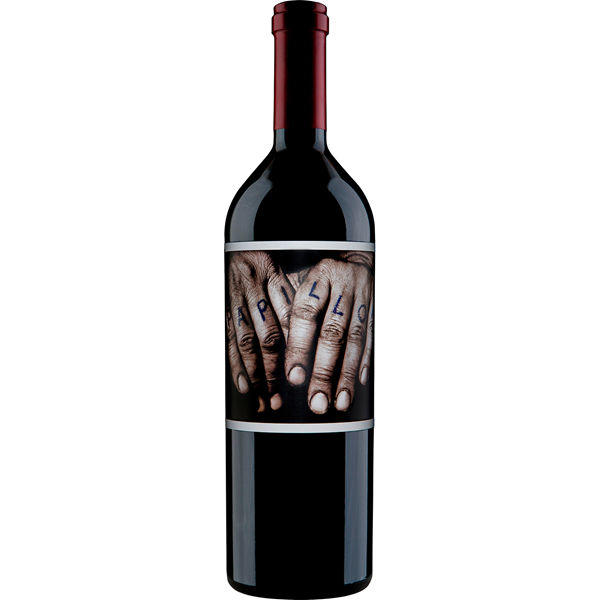 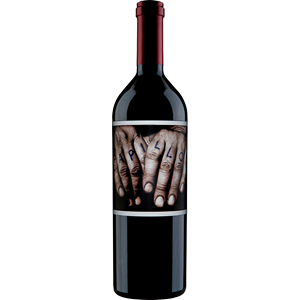 "Dave Phinney doesn’t follow the flock. Having dreamt of becoming a lawyer, he had his head turned by wine during a semester in Italy in the mid ‘90s and never looked back. Focusing on Rhône-style blends, Napa Cabernets and old vine Grenache, Phinney buys grapes from over 100 vineyard sites across California for his Orin Swift wines, which are unashamedly bold in colour, body and character. Phinney’s Papillon label is inspired by contradictions. While walking through a vineyard with his three-year-old daughter on his shoulders and thinking about what to call his next wine, a butterfly flew by and his daughter exclaimed, “Look, a papillon!” Phinney was flummoxed as to where she had picked up the French word for butterfly. It was on his mind to create a label featuring tattoos on someone’s knuckles. “Papillon has eight letters so the idea clicked. I love the juxtaposition of this beautiful French word on these really gritty hands,” says Phinney, who used one of his grape growers as a hand model. “He’s the nicest guy and a third generation old school farmer, which is exactly the look I wanted,” says Phinney, who asked his friend Greg Gorman to photograph the label in black-and-white. Papillon: Aged 15 months in French oak, 43% new"